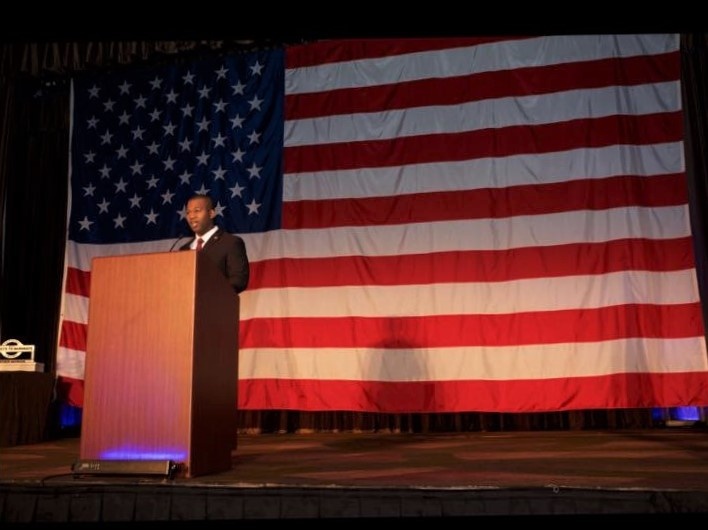 Akini Celestine, a graduate of the United Associations (UA) Veterans in Piping (VIP) Program and a member of UA Local 1 in New York City, recently spoke at a Helmets to Hardhats Luncheon.  He detailed his decision to apply to the UA VIP Program, his life as a unionized worker, and the less than common path he took to find himself among the men and women of the United States Army.   His speech, in its entirety, is below. 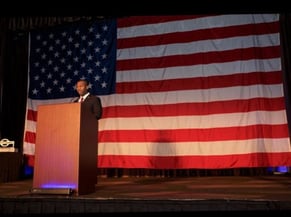 “My name is Akini Celestine. I am a third-year apprentice at the United Association Plumbers Local 1 and concurrently serve as a sergeant in the Army Reserve. Originally born in the tiny tropical island of Grenada, I moved to the United States at the young age of 19 to pursue a better life.

When I first arrived in the U.S., it was tough. In my first job as a carpenter’s helper in a non-union company, I noticed my paychecks were short, failing to reflect hours worked. When I finally asked my boss for my earned wages, I was laid off on the spot. This was just the beginning of a long struggle, as I bounced from job to job and attended classes at night.

But I never lost hope and finally found my big break — I enlisted in the U.S. Army. A friend of mine asked at the time, “Akini, are you really willing to die for a country that you were not born in?” This gave me an opportunity to tell him an important story, one that I’ll share with you today.

From 1979 to 1983, my native Grenada was experiencing political turmoil that eventually led to the execution of the Prime Minister, Maurice Bishop. Many civilians, including children, lost their lives and many more endangered. During this time, my father was a high school teacher, with a class that publically protested the violent acts. Word quickly spread throughout the island and out of fear for his life; members of my father’s community took him into hiding.

Eventually, the U.S. military intervened via Operation Urgent Fury. The operation helped restore peace in my country, and my father was liberated after almost a week of fearful concealment. The conflict ended in 1983, and I was born May 6, 1985. Needless to say, if it wasn’t for the U.S. military, I may not be here today. With a heart filled with gratitude, this is the kind of freedom that I raised my right hand to and volunteer to defend. 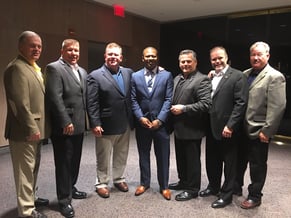 I’ve served three and a half years on active duty, including twelve months deployed in Afghanistan to support Operation Enduring Freedom. In Afghanistan, my unit conducted route clearance missions, clearing roads of improvised explosive devices to enable the free movement of troops, equipment, and supplies. Our objective was simple: find the bombs before the bombs find us.

Once my first active duty contract ended, I had to choose between reenlisting in the Army or moving back to New York to be with my dearly missed family. While contemplating my options, I pondered why I couldn’t do both, but this seemed impossible. Thankfully, I found out about the United Association’s Veterans in Piping program, which featured an 18-week course in welding. I applied, was accepted and became a certified welder.

Upon completing this free training, I received a good union job with Plumbers Local 1 in my hometown of New York. Now, I am taking advantage of great opportunities, like a paid apprenticeship and enhanced training that produce excellent wages and benefits such as a pension, 401(k), medical and dental insurance and vacation, among others.

Veterans in Piping, thank you for the part you play in keeping President Lincoln’s promise, ‘To care for him who shall have borne the battle, and for his widow, and his orphan.’ Thank you.”

Veteran unemployment numbers are consistently higher than that of the general population.  It’s a depressing thought; after defending our freedom, the men and women of the armed forces may not have a career to come back to, or a paycheck to support themselves or their loved ones.

With the United Association (UA) Veterans in Piping (VIP) Program, transitioning military members prepare to leave the service with sought after skills that can lead to lifelong careers in the increasingly in-demand pipe trades. Through 18-week accelerated courses - provided free of cost on military installations across the country – UA VIP participants earn industry-recognized certifications and direct entry into a 5-year apprenticeship program with the UA where they train for a career, not just a job. The UA International Training Fund covers 100% of the cost for the VIP program providing education and training to departing service members free of charge.

Thank you for your service to your country, Akini Celestine. You exemplify the best of the American spirit.