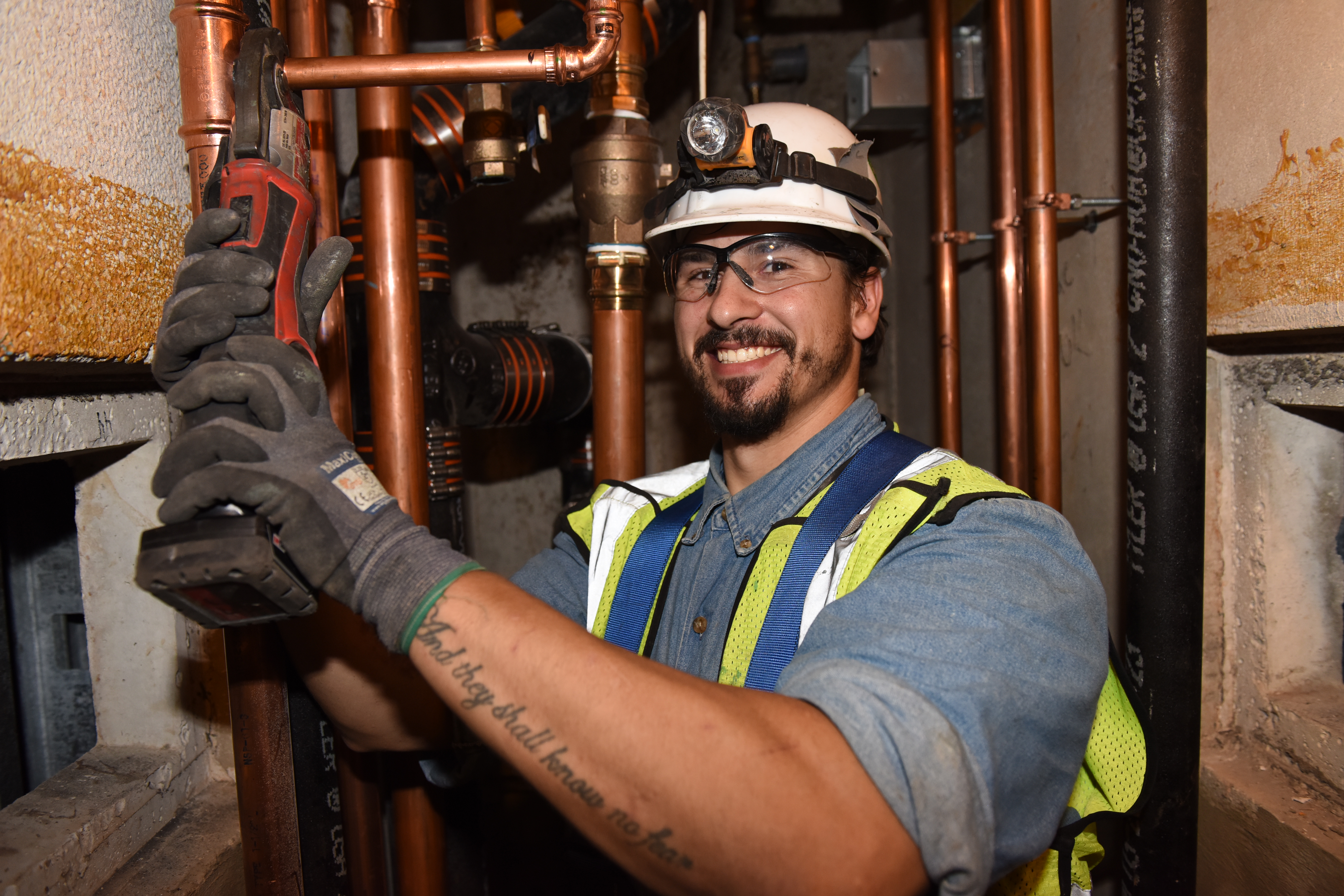 Aquilino Lucero said that he knew from the time he was in the fifth grade that he would serve his country. Prior to joining the Army, he had worked for his uncle, cleaning air crafts at Montgomery Field in California, and he had worked for Staples, the office supply store. He had grown up in Arkansas and lived there for 17 years. He joined the Army in February of 2011, and was in the Army for six years and seven months, and had been deployed three times—twice to Afghanistan and once to Kosovo. He was a 19D MOS cavalry scout for reconnaissance, surveillance, and target acquisition for an airborne combat team, he said, and then went over to an Iraqi Stryker unit for the remainder of his service.

“I heard about the VIP Welding program at Fort Hood from a friend of mine who was transitioning out,” he said.“I Googled the United Association and immediately started reading all about the union. I just wasn’t really familiar with the union process. The only unions I was aware of were unions in New York City. I read a lot, and I think unions are amazing. So much good has come from unions—OSHA (Occupational Safety and Health Administration), fair pay, weekends off,all of those things that we can take for granted.” 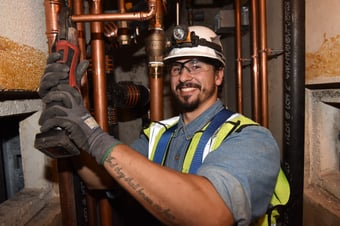 Aquilino applied for the program and was fortunate to get in. He did not have any welding experience. “I can count on one hand the times I even used a power tool,” he said. “If you’ve never worked with power tools or welded, don’t let that deter you from this program.” Aquilino was impressed with the training that he got in the program.

He said that he took to welding fairly quickly, but that he is still learning. He said, “Once I completed the training, I did feel like I could be an asset on the job. I knew there was still a lot to learn, but I had a good foundation regarding safety, use of power tools, and some welding skills. I felt I had enough to get my foot in the door on a jobsite.”

Aquilino said that the journeymen and other apprentices on the job have been great to work with. “they’ve taught me a lot so far,” he said. “They’ve been very patient. A lot of them have said, ‘We know you are transitioning,’ and I really have appreciated that.”

Now an apprentice with Plumbers and Pipefitters Local 286 in Austin, Aquilino states, "I love this job, because I am building and creating something, and you can see the fruits of your labor immediately. We are building our country and that’s what I find most satisfying.” Aquilino said, “You know, any transition is a risk. That’s why people stay in the military. It’s because of that pressure. The UA is just a great opportunity, and the program allows you to get your foot in the door and to have union brothers and sisters who care about you. I feel like it has just improved my life tremendously. My time is valuable now. I’m not saying my time wasn’t valuable in the Army, but now if they keep me over eight hours, they pay me overtime. I know what time I get off. I know when I can move. If I don’t want to go somewhere, I have the freedom to say, ‘Hey, can you send me somewhere else?’ It has allowed me to be a husband and a father in a way I didn’t have before, and for that, I’ll always be thankful.”