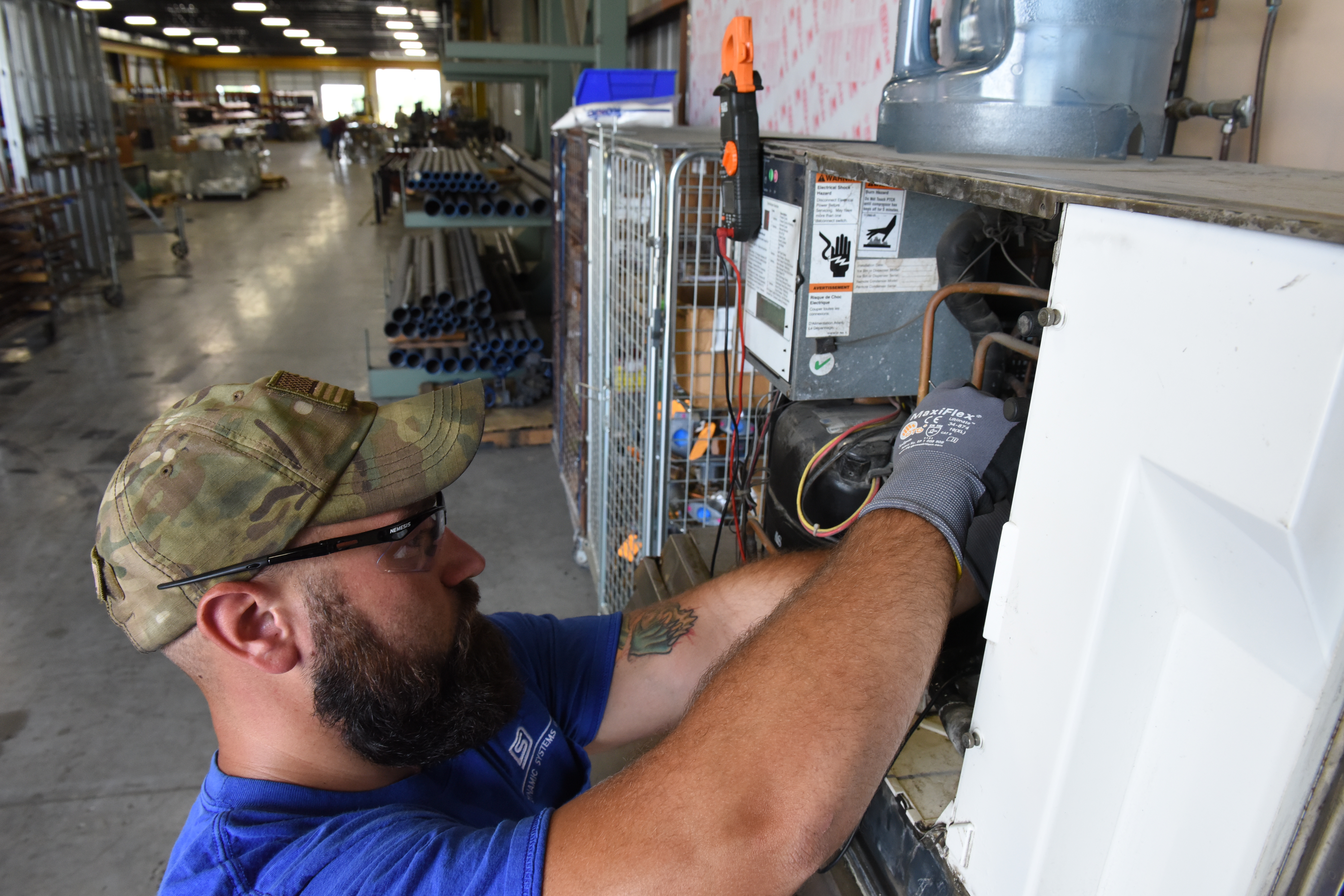 Jay Peterson graduated from high school and tried to go to college. He said that college just wasn’t for him. With limited job opportunities in Taylor, he and a buddy decided to join the Army. He enlisted and was sent to Fort Benning in Georgia, but ended up stationed at Joint Base Lewis-McChord (JBLM). He was a cavalry scout but did not deploy.

“After four years, I thought about staying in,” Peterson said, “but then I felt I was still young and could find something else to do. I actually stumbled upon the VIP HVAC-R (heating, ventilation,air conditioning,and refrigeration) service technician program. I saw a notice regarding a meeting for the program,and I thought it would be an awesome opportunity, so I went to the meeting. I was impressed right away.” 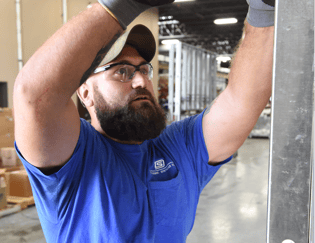 Peterson said he went home and talked about it with his wife, who also thought it would be a great way to get a leg up regarding Jay’s transition out of the military into civilian life. “I was completely intrigued by the air conditioning side of HVACR. I always wondered how that worked. I was also looking for a career I could stick with. I didn’t just want a job. I applied and got into the program," he said. "As it was getting closer to graduation and when it came time to choose where I wanted to continue on with my apprenticeship, I looked for a local union that was close to my house. Taylor is about 20 minutes outside of Austin, so I asked if I could continue with my apprenticeship at Plumbers and Pipefitters Local 286 in Austin.

Today, he is a third-year apprentice at Local 286, and loves what he does. Peterson said his transition was really smooth, graduating from the program on September 16th and started working on the 29th of September for Dynamic Systems, Inc. (DSI), a local mechanical contractor that he continues to work for today.

“This profession has changed the way I look at life,” he added. “It’s helped me shape a new life, and it has shown me that there is something more than just the military. I actually thought about staying in. That’s always the easiest decision when you’re faced with transitioning, but when I saw this opportunity, I knew I couldn’t pass it up"

Peterson said that he’s making two to three times more money than what he made in the Army, and he hasn’t even turned out as a journeyman yet. He has built a house, and he and his wife are expecting their first child in late fall, so he’s really excited about that. The money he is making now has enabled him to do so many things he was unable to do before.

"I tell as many people as I can about the program. It’s been amazing for me, and no one should ever pass it up. Everyone I know who has gone through the program feels just so thankful that they were given the opportunity. It gets your foot in the door. is will be a great career for me and for my family.”

HVAC-R service technicians are in high demand, so this career choice for Peterson was the very best choice for him and his family.