A Marine Encourages Apprenticeship as The Way Out 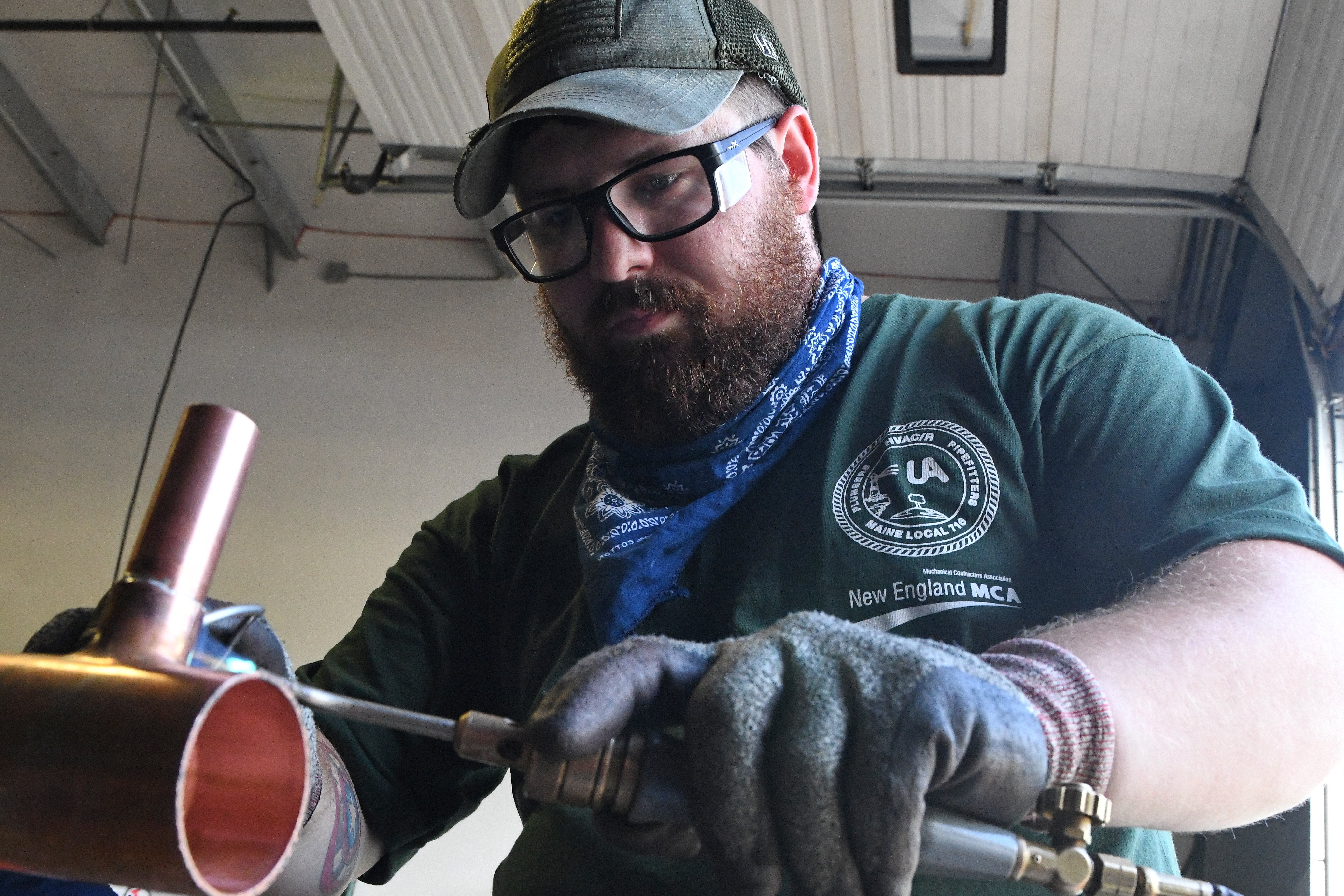 Plumbers and Pipefitters Local 716, State of Maine, journeyman pipefitter Troy Fogg enlisted to be a Marine in 2011, and in  2015, he decided to get out and join the United Association through the Veterans in Piping (VIP) program. Fogg was a 1391 bulk fuel specialist in the Marines. He said, “Basically, I was a gas pumper. We refueled helicopters, jets, ground units, tanks, trucks, generators, etc. I originally left home so I didn’t have to pump gas, and that’s what I ended up doing. It’s kind of funny. I always joke about that. It was what I got assigned to, but I made a lot of good friends doing it.”

In 2013, Fogg did one tour in Afghanistan from January to August. He noted his experience was good overall, but everybody’s experience can be so different during a tour. Fogg said, “You’ve got all the emotions going. You’re a little nervous, you’re a little excited, you’re scared, happy, sad, everything all at the same time. When we first got there, we weren’t sure what to expect, but I had some Sergeants—the non-commissioned officers—who were with me who had been there before and knew what they were doing, so that really helped.” Fogg had heard about the VIP program through a friend who was also a bulk fuel specialist and went through the first VIP class at Camp Lejeune where Fogg was stationed. “He told me they teach you how to weld and then hook you up with a job after. He told me to go to the education center on base and sign up and start that process, so I did. I didn’t know much about it, didn’t know what the United Association was, but I went and signed up, and then there was an interview process, and I met with the instructors,” said Fogg. His instructors were Mike Cummings, Dave Porter, and Ray Smith.

After learning about the VIP program and what it had to offer, Fogg was excited about the new opportunity. He said, “I had never welded before. I’d never done anything like it before, so I was excited to learn and see where it took me.”

As a journeyman, Fogg is currently working at the Kinetics Fabrication Shop in Scarborough, ME. He has been working on various projects for Kinetics on and off since 2017. Fogg said, “I’m mostly a pipefitter now. I do a little bit of orbital welding. What they do for us when we are apprentices, is they try to expose us to all the different elements of our trade. Right now, we’re working on soldering copper and copper fabrication for Thermo Fisher in Massachusetts. We’ve done biopharmaceuticals, pharmaceuticals and semiconductor plants. I’ve done a lot of work for Texas Instruments and Onsemi, and a lot of it is plastic, stainless steel, and carbon steel.”

Fogg couldn’t be happier with his decision to join the UA through the VIP program. He has told his fellow Marines about the program, resulting in several of them becoming UA members. “I tell everybody to get involved. It afforded me a house and a nice vehicle. I bought my house at 24—that’s unheard of.” Fogg has ambitions to become a foreman and eventually become more involved with the “behind the scenes” stuff at the Local 716 hall.

Fogg grew up in the greater Portland, ME, area, so he knew he would join Local 716 once he got out. Local 716 heavily supports veterans—40 percent of the local’s apprenticeship program are veterans. The Veterans Affairs (VA) has a huge presence in Maine and is one of the highest-rated in the country as far as helping Maine citizens who are veterans. Fogg explained that the Local 716 leadership was supportive and took care of him during his apprenticeship and beyond, stating, “They’ve been excellent, from John Napolitano, to the Business Agent, to Jen McKenna, our Training Coordinator—she’s been a godsend. She helped me with my GI bill going through the apprenticeship. We didn’t have to pay for our apprenticeship. That’s huge. I recommend to everyone to use your GI bill. If you’re not going to college, go through an apprenticeship and use your GI bill—it’s there, and we earned it.”