Becoming an Apprentice Instructor Through the VIP Program 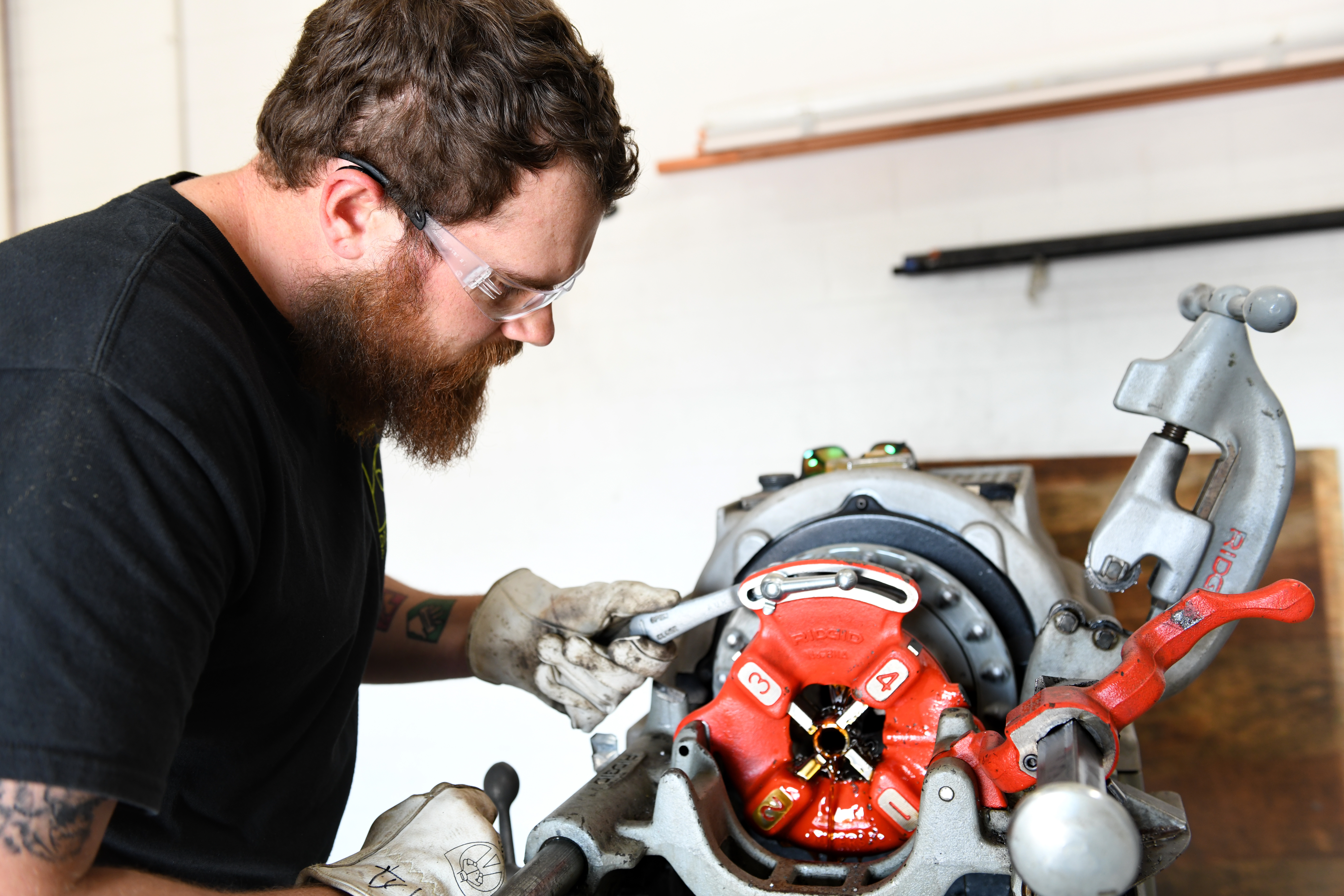 Michael Parker served for nearly 10 years in both the Army and National Guard, prior to making the decision to transition out of the military back to civilian life. At the time he found out about the Veterans in Piping (VIP) welding program at Fort Hood, TX, he had been taking college courses, working toward his associate degree. Michael said, “At that time, I wasn’t really sure where I was going to go or what I was going to do. I’d actually just received custody of my two boys, and I was single. I was still on active duty, which was just not conducive to being a father with little outside support at that time. My unit had a deployment that was coming up, and they did offer people to take an early separation and transition out, or to go ahead and extend and be deployed. I decided it would be best if I went ahead and transitioned out, so I could take care of my boys.”

Michael said he saw a flyer for the free VIP program at the education center located at Fort Hood, where he was taking his college courses, and it interested him. He already had some experience welding. He said, “The more I looked into the program, the more appealing it became. After doing some re-search, soul searching , and careful consideration, I came to the conclusion that the VIP program would give me the best opportunity.” Michael applied and was accepted. 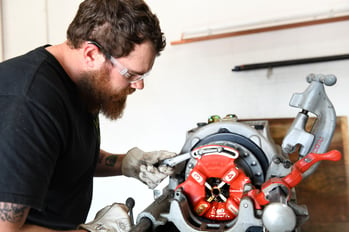 Once VIPs graduate from the VIP program, they are placed in the United Association apprenticeship program—typically in a geographical location that they have selected. Classroom training continues, at no cost to the VIP graduates themselves, and they also experience extensive on-the-job training. The apprentices learn alongside seasoned journeymen who help them learn about the crafts.

In August 2015, Michael graduated from the UA VIP welding program at Fort Hood and began his five-year apprenticeship at Plumbers and Pipefitters Local 296 in Boise, ID. Originally from Eugene, OR, Michael was excited to call Idaho his home.

In describing the program, Michael said, “The program prepares you. It gives you a very short rundown. Keep in mind you are in school four or five days a week, typically 10 hours a day. You’re either in class doing class work, or you’re out there learning how to weld, and they take you through every step. The goal at the end of the program is for you to walk away with one or two weld certifications. Some folks earn more through testing out. You learn a lot from the various people you work with.”

He continued, “As a transitioning soldier, there are a lot of dark times. My advice to a fellow soldier transitioning out would be to find someone you can go to and express yourself openly. At the end of the day, every path I considered didn’t compare to what the UA was offering me.”     Michael has since become a journeyman pipefitter. He is employed by RM Mechanical and has been steadily employed at Micron Technology, an American producer of computer memory and data storage, including random-access memory, flash memory, and USB flash drives. He has worked in a cleanroom environment, which is a controlled environment that has a low level of pollutants, such as dust, airborne microbes, aerosol particles, and chemical vapors and is typically used in manufacturing or scientific research. As part of Michael’s training, he has continued to earn more welding certifications, which will make him more employable in the future.

In addition to working at Micron, Michael has taken on the role of UA instructor for his local union. He works at Micron during the day and heads to the union hall several times a week in the evening to teach the next apprenticeship class. He loves to teach. “I saw an opportunity to expand some of our training courses. I really enjoyed most of my classes, and those that I didn’t enjoy as much, I decided I would work with to make them more enjoyable. I’m currently teaching the UA’s Standard for Excellence to first-year apprentices. I instill in my classes that it is good to ask questions, and for the most part, my students are very open. The Standard for Excellence is a tool for every member to understand how we should be behaving, universally, as a union. It underlines what is expected from our members on the job, as well as from our contractors. No matter where we go, this is what we should expect. This is how I view the Standard for Excellence. I do love the program so much. It helped me transition from being a soldier. It gave me a tool to measure how I was supposed to act on a job.”

Michael has found comfort in the brotherhood and sisterhood that can be found in a labor union. He said, “The UA is my family now. It doesn’t matter what time of day or night, if one of my brothers or sisters needed anything , I would be there. If you put all of the other important things aside—the pay, healthcare, and retirement, which are really important to my family—I would still say, ‘What other jobs could you have where you felt that the brotherhood and sisterhood were your family? Where else would you have the opportunity to feel that way about the people you work with and around every day?’”

Michael is glad he chose the United Association VIP program. He has been steadily employed in a profession he loves, and he is now looking forward to giving back to his local union as a UA instructor.

This United Association Veterans In Piping Success Story was originally printed in the CareerOps: Career Opportunities in Piping for Transitioning Veterans Spring/Summer 2021 edition.