UA journeyman encourages others to apply for the VIP Program 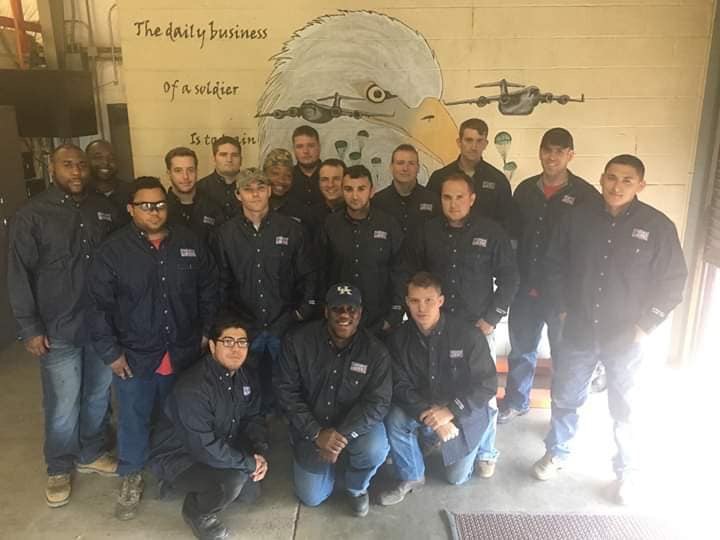 United Association Veterans in Piping graduate Welin Almonte recently turned out as a journeyman after completing the UA apprenticeship program.

As a former U.S. Army Specialist, Welin Almonte is encouraging other active-duty transitioning military service members to commit to a better future through the VIP Program.

Open to all active-duty transitioning military service members, the 18-week UA VIP Skillbridge program is designed to prepare participants for a career in the pipe trades.

As a new journeyman with UA Local 322 in southern New Jersey, Almonte feels the VIP Program adequately prepared him for a career in the pipe trades.

As a student in Fort Campbell VIP Welding Class 5, he wanted to return to the east coast when transitioning back into civilian life. Once back in the Garden State, he began to hone his piping industry skills by working in co-generation plants, a refinery and doing some hotel maintenance. No matter the industry, Almonte said the VIP Program prepared him for it all.

He attributed the hands-on nature of the program as one of the reasons he has found success.

After graduating from the UA VIP Program and successfully transitioning out of the military, VIP graduates are guaranteed job placement with a UA signatory contractor in an agreed upon location. As there is an increased demand for tradesmen and tradeswomen in the piping industry, the VIP Program is helping fill those needs.

While some find the transition from active-duty military service civilian difficult, Almonte said it was seamless. He credited the program’s similar schedule of early mornings and consistent break times.

The livable wages and scheduled pay raises allow UA apprentices to rest easy knowing they will be fairly compensated, with the knowledge they will earn more money as they progress through the apprenticeship program. The benefits are second to none, allowing apprentices to feel comfortable knowing they have full family health insurance and retirement benefits like a 401k and pension.

To learn more about the VIP Program at Fort Campbell, click here.