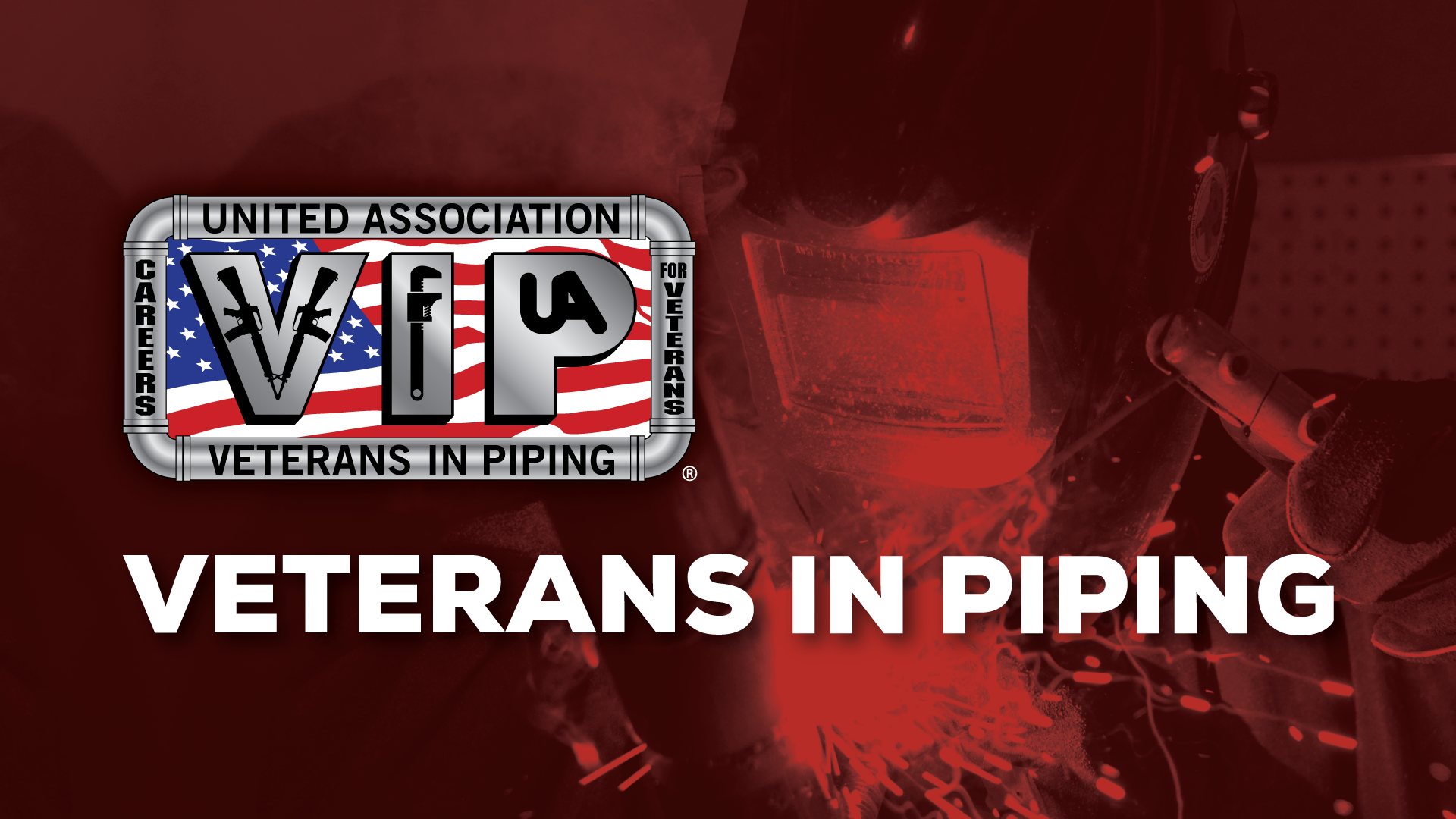 The UA VIP Program made the news in Tennessee!

WKRN out of Nashville recently did a nice segment on the United Association (UA) Veterans in Piping (VIP) Program that included an on-air interview.

Knotts graduated from the VIP’s inaugural pilot Pipe Trades Class at Fort Campbell in 2019. After transitioning out of the military, he joined Local 572 in Nashville to begin his apprenticeship.

Coons explained how the program is a way for the country to say thanks for the sacrifices made by members of the military. During their last few months, active duty service members can learn welding, HVACR or fire sprinkler fitting skills in preparation for civilian careers in the pipe trades.

“They paid the sacrifice, and we owe it to them to give them an opportunity,” Coons said. “That’s what the United Association is all about because they’ve made the sacrifice and we have found that military life and trades like ours mesh. There is that camaraderie that you feel for your Brothers and Sisters in arms but also on the job site. There’s also the discipline. It’s instilled upon them in their service, so they do very well with hands-on training and classroom training. It’s a good fit.”

Coons explained how the United Association Veterans in Piping Program works and how it provides active duty members of the military with direct paths to careers in the trades through guaranteed placement in UA Registered Apprenticeship Programs. They begin careers in industries that continue to see high job demand.

Active duty service members are eligible to apply to the UA VIP Program during their last 18 months of service commitment.

A natural fit to a hands-on career

Knotts explained how the program was easy to pick up because of his mechanical background.

“I’m a mechanical type of guy, and it was pretty easy to catch on,” he said. “I like working with my hands.

“The initial process was a complete introduction to something new,” Knotts continued. “It gave us a touch on things that they do and different types of piping. Once I graduated from the training course, [UA Local 572 Business Manager Eric Coons] sent me to work where I got paired up with a gentleman that has been in it for several years.”

After completing the UA VIP training course and transitioning out of the military, Knotts joined UA Plumbers Local 572 where he began his apprenticeship training to eventually become a welding journeyman.

Are you currently serving at Fort Campbell and interested in the United Association Veterans in Piping Program?